A long time ago in a galaxy far, far away...

Well, not so long ago and in the Chicagoland area... This is the story of how I met the coolest, and most photogenic group of people ever, the Star Wars costumers from The 501st Legion and The Rebel Legion. Just so you know right now, this is going to be a very lengthy and photo heavy post.

The story begins last June. I was dropping off a print to a gallery, for an exhibit, in Joliet, IL. I had just came straight from a portrait shoot beforehand so I still had all of my camera equipment in the car (this becomes very important). I don't always bring my cameras with me wherever I go, I probably should. If I was just going to drop off the print, I probably wouldn't have. I walked into the building and pass by several stormtroopers. I literally did a double-take, "did I really just see what I saw, in Joliet?"


I go back out the exit to follow them, they walked across the street, towards the Joliet Public Library. The street was lined with all sorts of Star Wars characters and tents selling memorabilia. What had I just stumbled onto? It was the 3rd Annual Star Wars Day celebration at the Joliet Public Library. The event promotes reading by holding Star Wars-themed activities, costume competitions, artists and vendors around the library.


I couldn't believe my eyes! I am a super-huge Star Wars geek and I suddenly felt like a kid again! I almost forgot I still had to drop off the print to the gallery, so I went and did so with haste. I ran back to my car and fed the meter as much change as I had on me, honestly I wasn't even counting I just plugged it all in. I geared up with both my cameras and the lenses I would need and went to go photograph all of the awesomeness. It was so amazing! There were so many of my favorite characters from the Star Wars saga; Jango Fett, Darth Vader, troopers of every kind, Han Solo, Princess Leia, and a myriad of others. I must have had a grin from ear to ear. But I wasn't the only one. You could see everyone around just light up with excitement and smiles go wide across their faces, children and adults alike. That's how powerful the Star Wars Universe is and that's how much it affects the people that get to see these characters in person. I wanted to actually be a kid again too; to be thrown in the Imperial detention block, to fire Nerf guns at stormtroopers, to play inside of the trash compactor, how cool is that?!


When I finally got home, I could do nothing but load the photos into Lightroom and start editing them immediately. I put a bunch of the best shots on my Facebook page and shared it with the Joliet Public Library. In minutes I had the actors showing up, commenting on the pictures and tagging the other members, many of which I am now friends with.


When I heard that there would be a large group of them in attendance for the Bartlett, IL Fourth of July parade, I immediately asked them if I could walk along with them to take photos. I walked the entire parade with them and even ate barbecue with them afterward. They're such a fun bunch of people to hang out with. I not only got great photos, but I also had a blast doing it! Watching the children light up when troopers or Boba Fett or Luke Skywalker came to give them high-fives or pose for a photo with them was priceless. 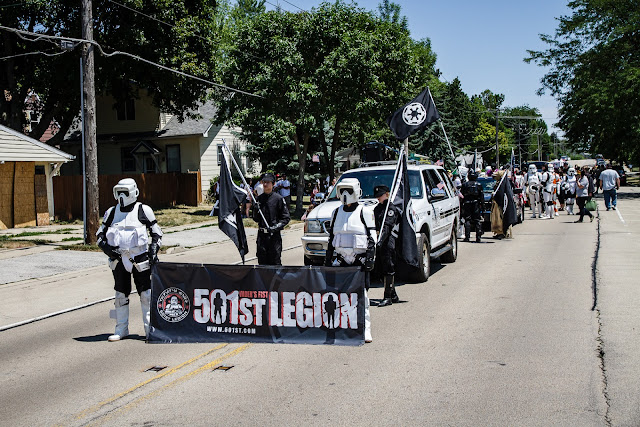 The next event to come was Adler After Dark's: Geek Chic event, at the Adler Planetarium. This time it was just Imperial costumers from the 501st Midwest Garrison and the Great Lakes Garrison. The planetarium was filled with troopers, Darth Vader and bounty hunters. I was running around all of the Planetarium trying to catch them in different places. You can't find better backdrops for Star Wars characters than inside of the Planetarium! We even had a bit of fun with some group shots, including in front of the Chicago skyline and acting out a parody in the board room that they used for a changing room.

My photography club, the Sandwich Photographic Society, has an Annual Studio Night every year where we invite models to pose in front of studio backdrops as a chance to get some instruction on shooting in that environment. I asked one of my good friends from the 501st Midwest Garrison if he would be interested in being a model and if he could invite some of the other members as well. Before you knew it we had a full roster of models. We actually had to change it from Studio Night to Studio Day and rent out a larger space to accommodate all of the actors and backdrops that we would need. We ended up having 11 actors show up, but not just Star Wars Characters; there was Iron Man, Loki, the Predator, Jessica from True Blood, video game characters and other Sci-fi and fantasy characters. Several of them brought more than one costume with. There was even a life sized, remote-controlled R2-D2!!! He chirped, he beeped, he turned in circles, he even played Gangnam Style, which they all danced to! It was our own personal Comic-Con. It was a win for both of our groups though: we got great photos and learned more about studio lighting techniques and they got studio-quality photos of themselves for their portfolio and personal use. 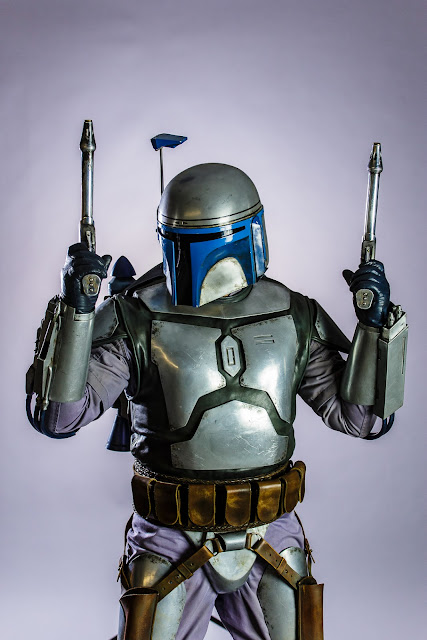 I've even expanded to photographing other costumers. My friend and I drove 4 hours to take production photos for a fan film, called Project: Prometheus. It was an unlikely alliance, between Iron Man and Batman, in a Marvel/DC crossover.


I love photographing costumers, I champ at the bit every chance I get to photograph them. And I will be photographing them again soon. At the end of this month, at C2-E2, I will meet up with my friends from the 501st again, maybe I'll even make some new friends.

Here are the photos that didn't make it into the copy above. I didn't have the heart to cut a single one of them. Enjoy: 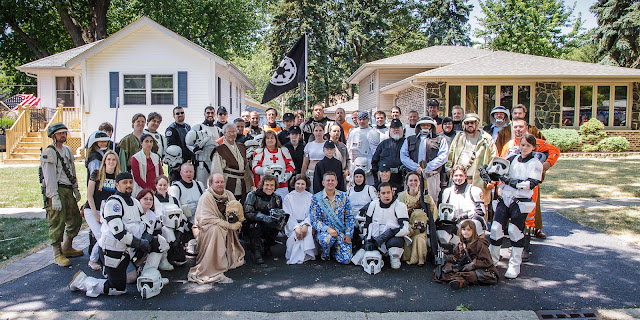 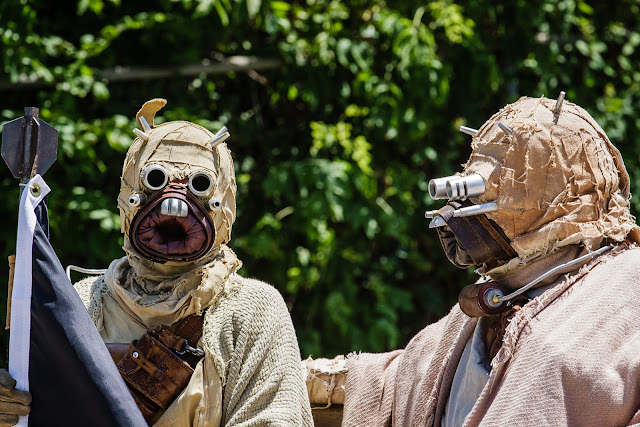 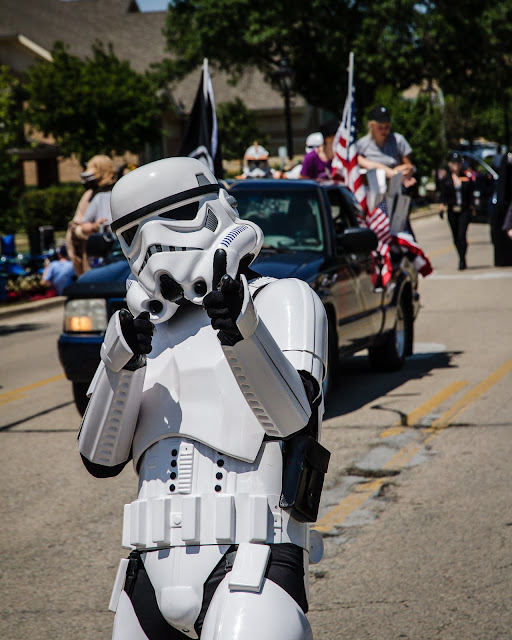 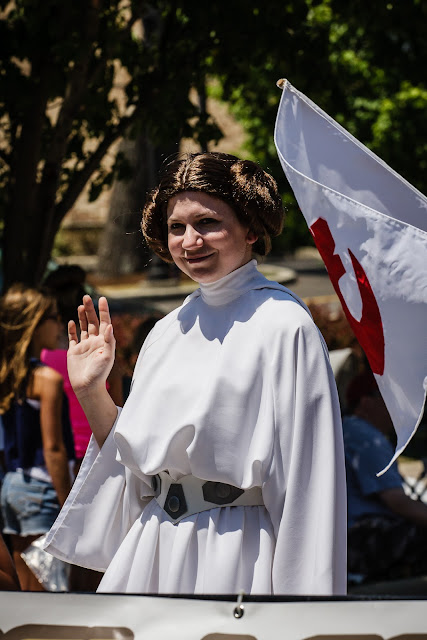 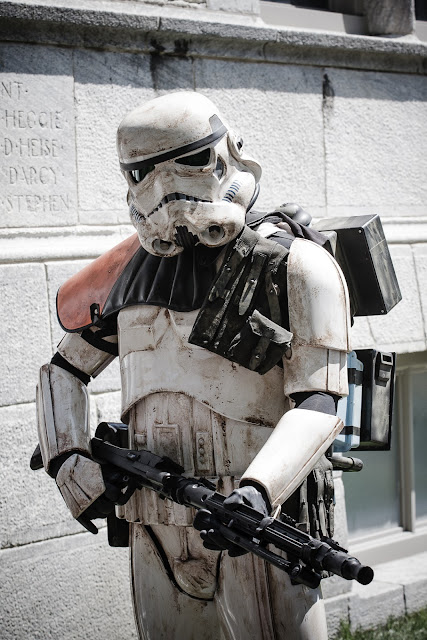 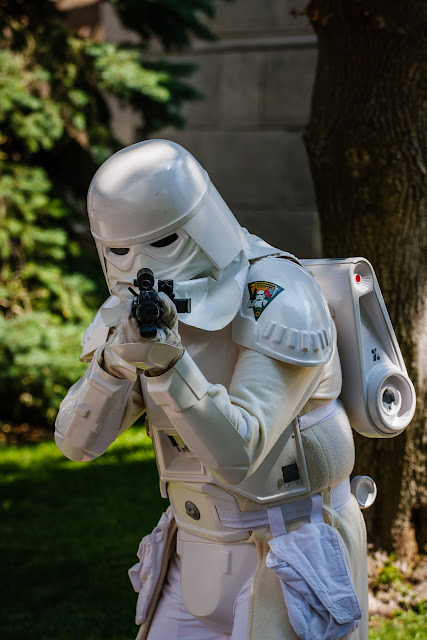 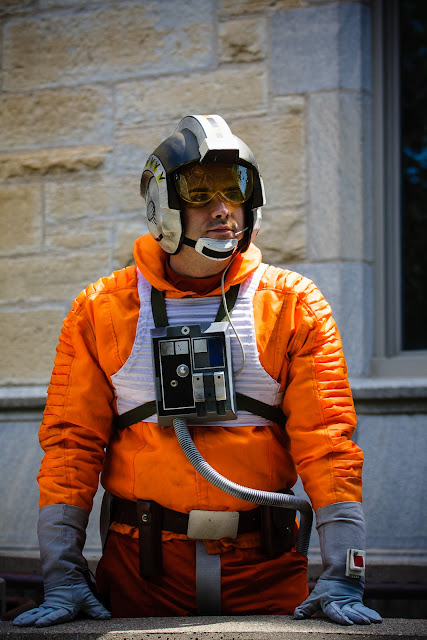 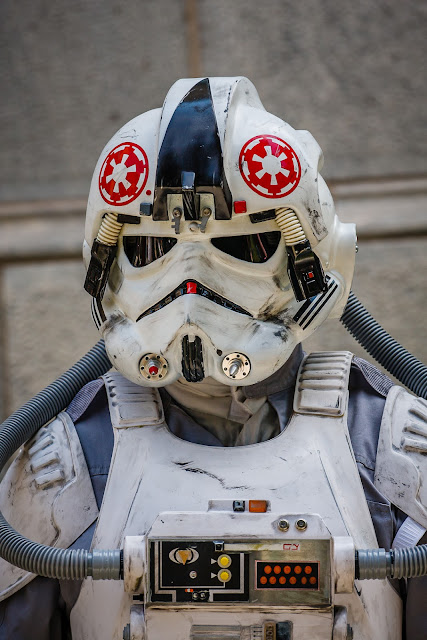 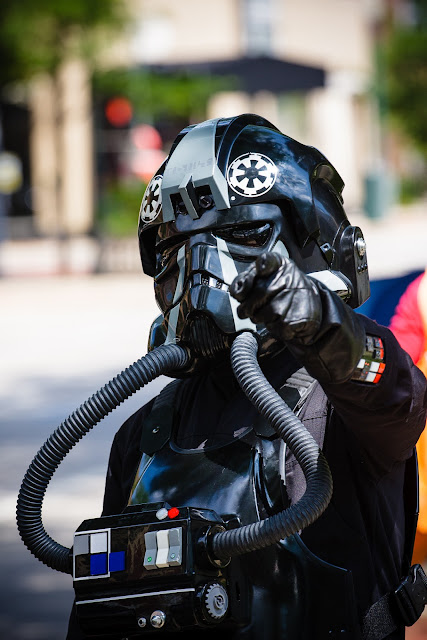 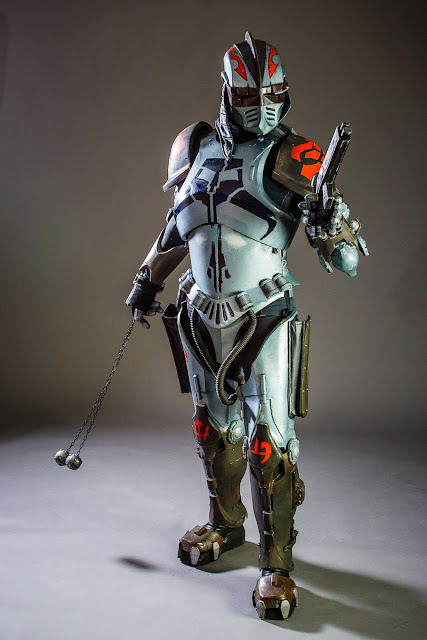 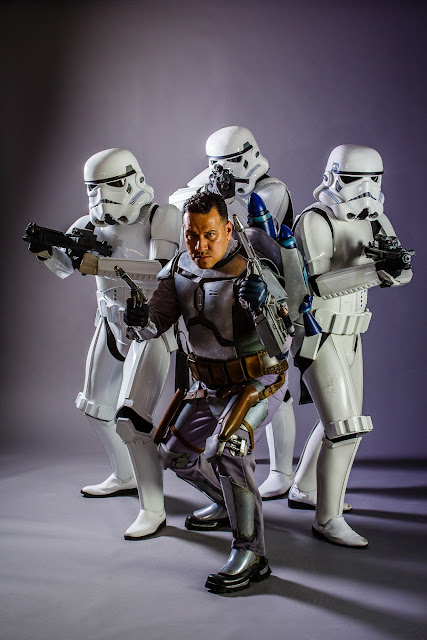 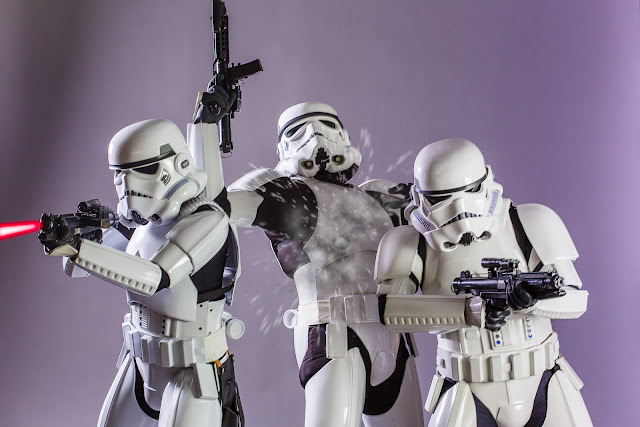 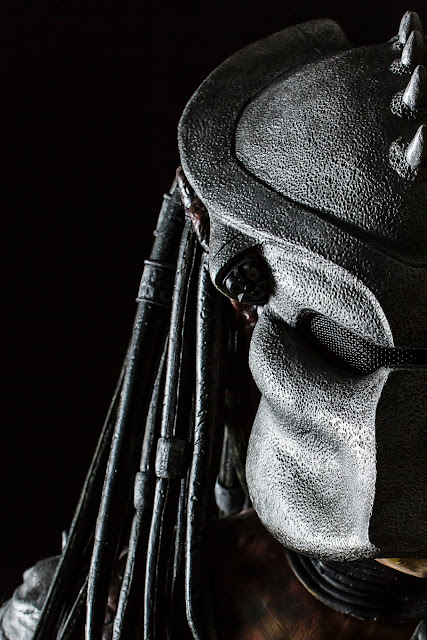 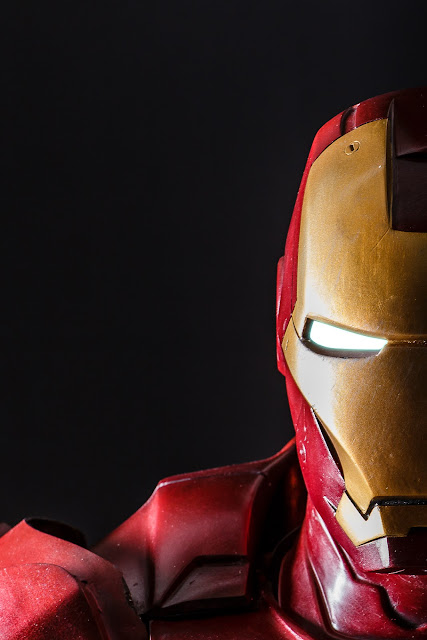 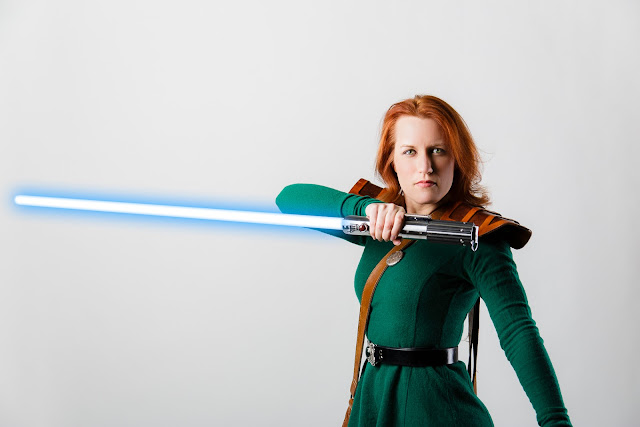 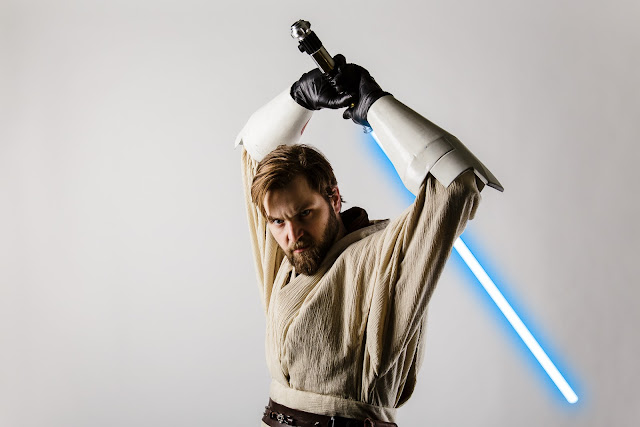 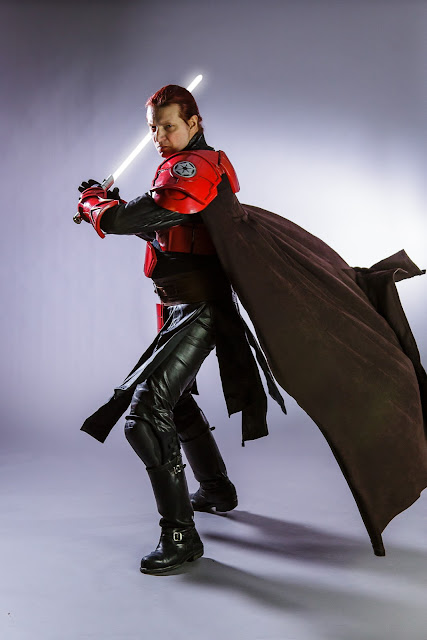 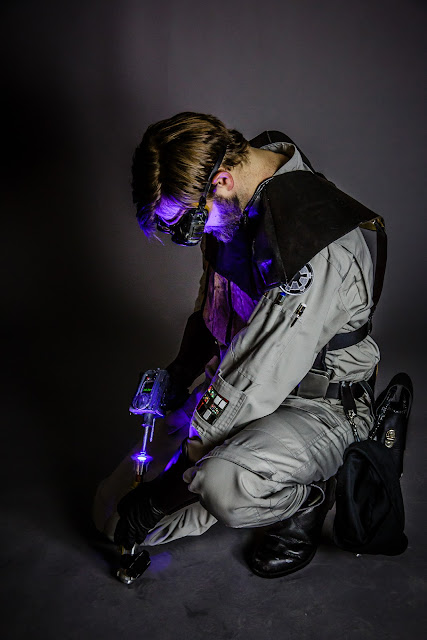 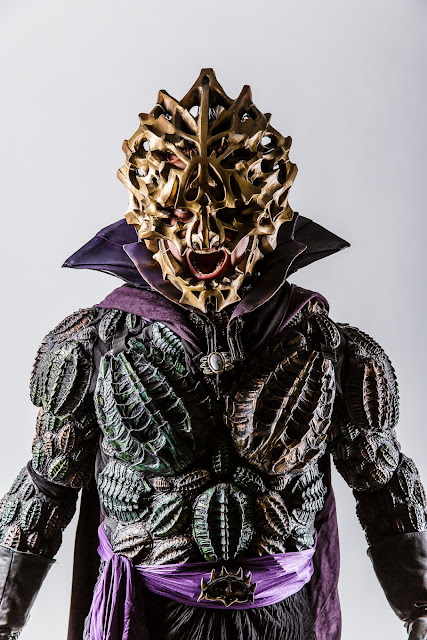 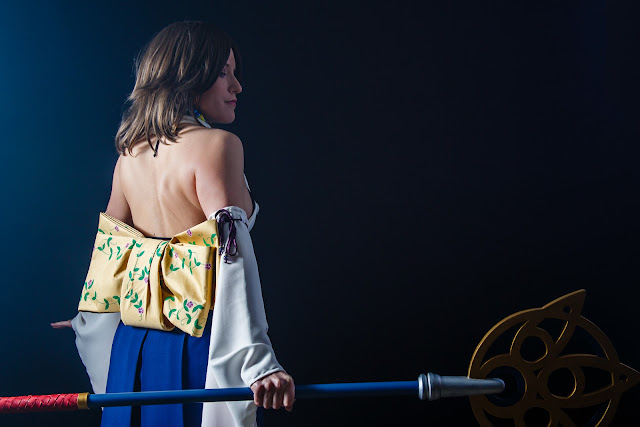 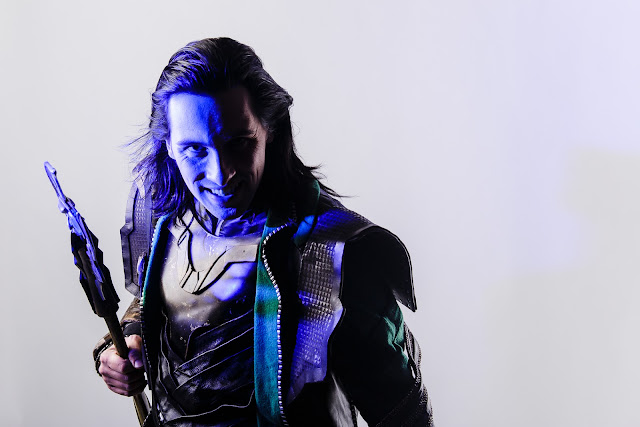 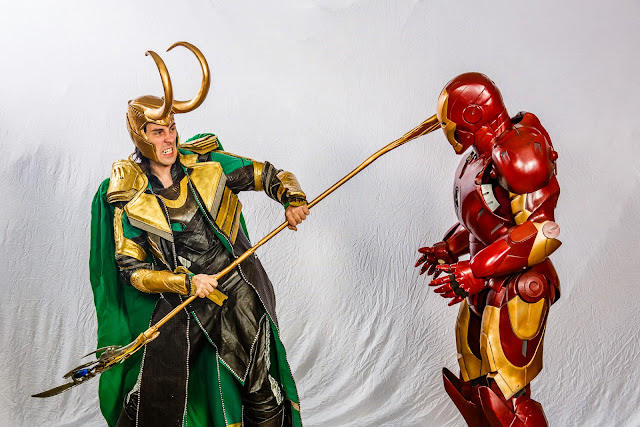 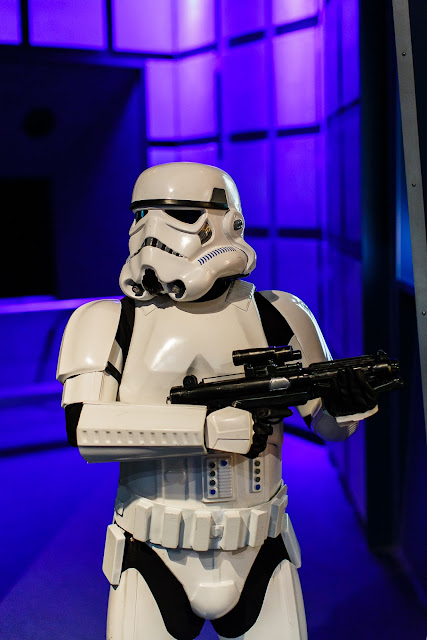 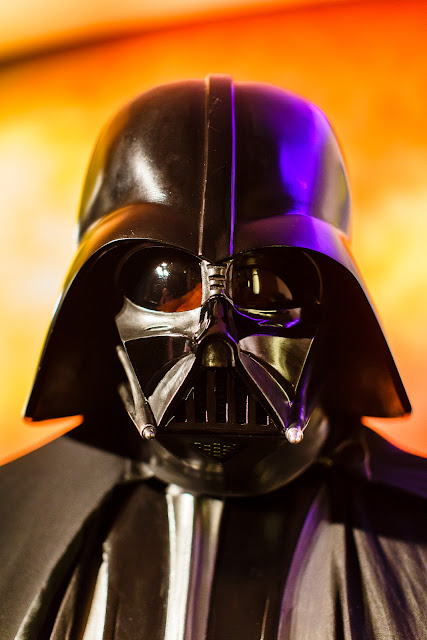 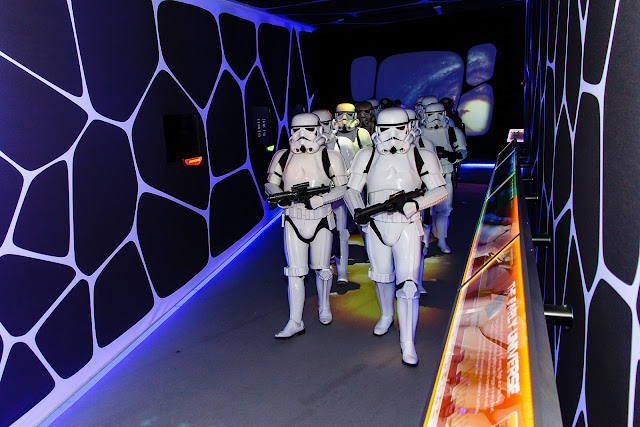 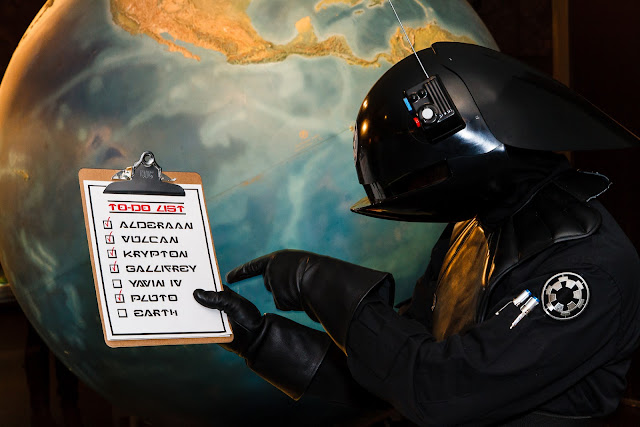